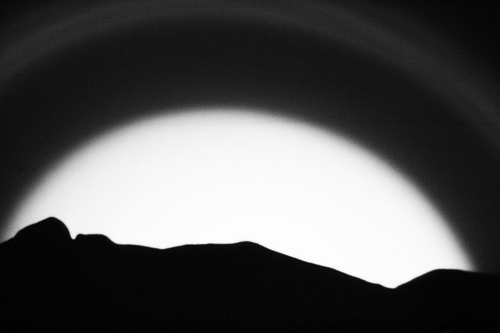 This morning, some friends and I were supposed to go up Broga Hill. It didn’t happen.

One of us had a classes and other things going on, and had to bail. Another got held up at an event and a party and was still out when it was about time to wake up. So the remaining two of us decided to cancel, get some rest, and wake up later for breakfast instead.

I was looking forward to the pre-dawn air and the beautiful sunrise on Broga Hill. I was looking forward to all the beautiful pictures I could (attempt to) take. For now I’ll just have to settle for the picture above, of a light from my torch cast against my wall, across my sheets. I don’t know why I even took this picture. I took it before anyone backed out. Perhaps I already knew.

Whatever the case, I’m not leaving it at that. We will go another day.